This year’s theme of “Relationships Matter. Take a Stand,” was front and center at IAB’s 2019 Newfronts West. Brands are being encouraged to take new risks with their marketing strategies in this “no neutral era,” while building better relationships with both potential consumers and partners.

One way brands are doing this is by aligning with influencers, who played an important role in this year’s presentations; from actress, author, activist, and philanthropist Jamie Lee Curtis, to educator Sinéad Burke and USWNT players Sydney Leroux and Lindsey Horan. We partnered with influencer marketing platform CreatorIQ, to look at the Instagram – which is used in 95% of influencer marketing campaigns – audiences these activations tapped into.

For example, The Hollywood Reporter brought Jamie Lee Curtis to the stage for the keynote address, who is known for her roles in Halloween, Freaky Friday, and her latest movie Knives Out. Curtis has been promoting the movie on her Instagram page where she has 1.9M followers, generating more than 14K likes.

Well, I’m daddy’s favori🗡e so it couldn’t be ME!. @knivesout

Leveraging celebrities and influencers for advertising is nothing new, but the majority is still done in the B2C sector. Facebook also understands the importance of influencers in the quest to secure advertising dollars, which is why they leveraged soccer stars Sydney Leroux and Lindsey Horan in conjunction with a new series they are launching on Watch. Whether it be selling software or securing advertising dollars for content, influencer marketing is about to play a much more integral role in B2B marketing. 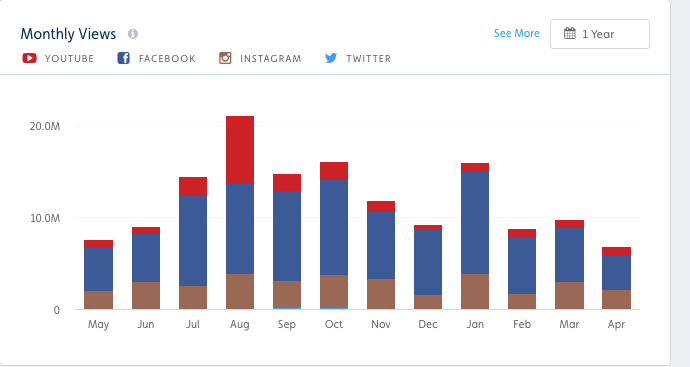