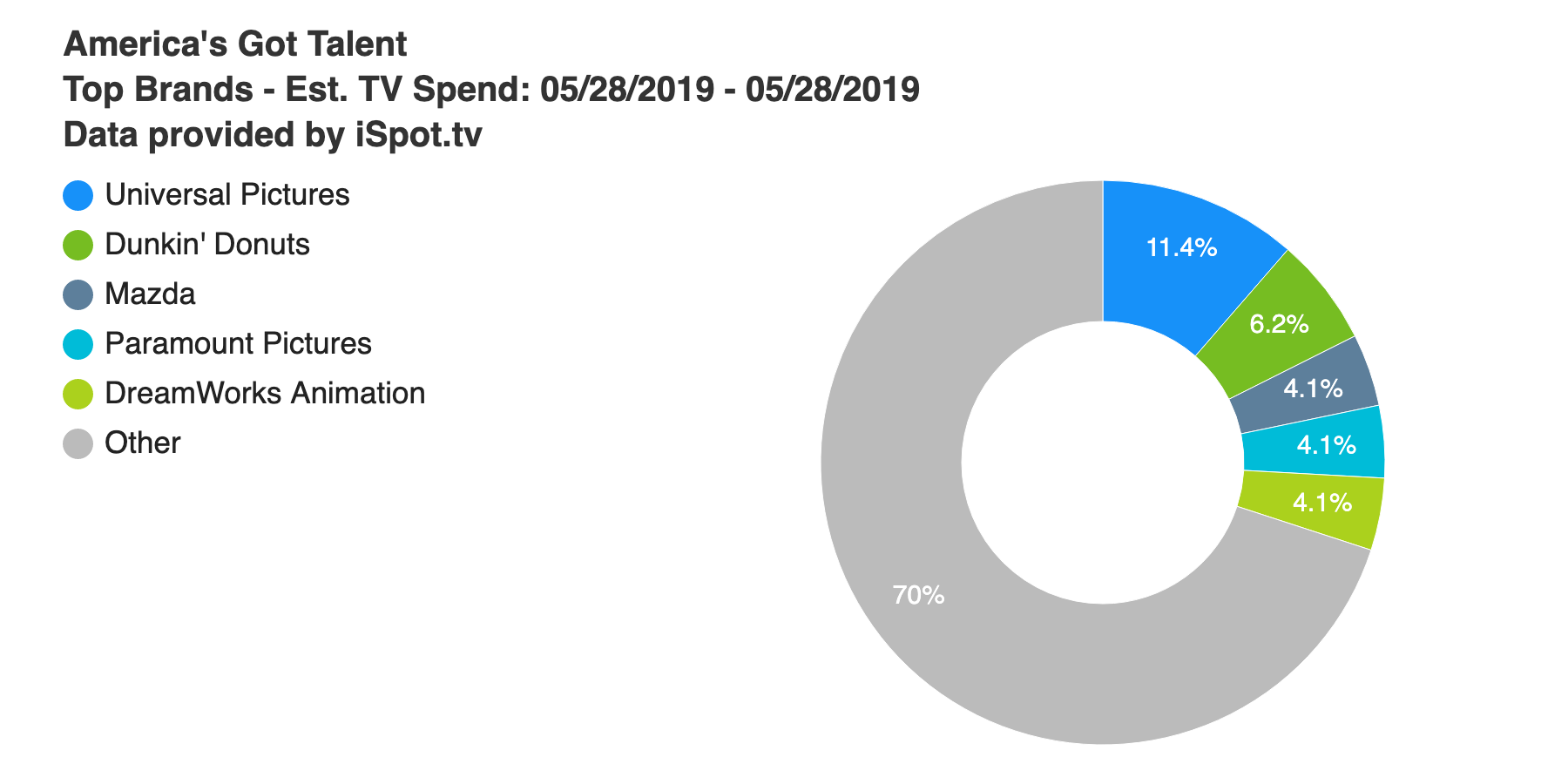 According to TV ad measurement and attribution company iSpot.tv, 48 brands spent an estimated $9 million advertising during the season 14 premiere of America’s Got Talent on NBC, with Universal Pictures spending the most (est. $1.03 million for four spots that aired five times).