Last week, I sat down with William Wang, the Founder and CEO of VIZIO, one of the world’s largest manufacturers of television sets. Our conversation was wide ranging, everything from VIZIO‘s origins at the start of the HD boom in the early 00s to the company’s entry into addressable with Project OAR.

How did you get into television business?

I started my first company back in 1990. It was a computer monitor business and because of that, I knew all about displays and monitors.

Then, in 1997, I had an idea for something called Web TV. It was the first interactive TV set. I had seen HDTV coming and the internet coming and I thought that if I combined the internet and HDTV, it would be something people would want.

It was a 36 inch CRT with old fashioned glass tubes. It must have weighed about 150 pounds too!

What did you learn from that experience?

My first mistake was that I didn’t have any sort of distribution system for it.

My second mistake was there wasn’t any content being created for it. Those were still the days of dial-up modems, so there wasn’t a whole lot of video online. It was a great idea. Only a little too far ahead of its time.

Where did the idea for VIZIO come from?

In 2000, I saw a great opportunity, when the US government started pushing for high definition TV to be the new standard for TV. And I had the belief that I could make these new flat screen HDTVs affordable.

I knew everyone in the component manufacturing industry and in the display manufacturing industry. And I knew that I could put together a high quality TV that was cheaper than Sony or Panasonic, who were charging over $10,000 at the time for a flat screen TV. I knew I could build one that would cost $3,000, which was astonishingly inexpensive at that time.

Our initial TVs were rolled out as part of an arrangement with a PC company called Gateway and we sold 42-inch plasma flat screen TVs for $2999. Remember, flat screen TVs were brand new back then and selling for three times as much, if not more.

Then, in 2004, I finally had enough capital to launch my own brand again.

Where did the name “VIZIO” come from?

When I was growing up, there was a brand of watch that I really wanted called “Vizio”–it was a really well-made and cool-looking watch, and I always said that I’d name my company after it. Plus it sounds a little like “video.”

Tell me about the launch.

It was 2004 and even though the U.S. government wanted to make HDTV the standard, most HDTVs were selling for over $10,000. And I realized that if that was the case, then very few people would be able to afford them, maybe 5% of the population.

I wasn’t going to let distribution be a problem this time either, and I was able to strike a deal with Costco to carry our VIZIO TVs. They were a great partner and really helped to establish the brand, since we both had similar philosophies of being able to give consumers the goods they wanted for a very reasonable price.

I really think that we accelerated the move to HD by about five to ten years. If HDTV had remained an ultra-luxury item, selling for over $10,000, it would never have taken off.

Looking at where you are today, what would you say sets VIZIO apart from its competitors?

First and foremost, we are the only major OEM that is an American company–we are based in Irvine, in Orange County, California. So that is really what makes us different.

Second, we are much smaller than all of our main competitors, companies like Samsung and LG, who are giant conglomerates that make many different types of products. We just make TVs and accessories for TVs, like soundbars.

We’re a lot smaller, so we can be more nimble than our competitors. There aren’t multiple layers to go through and we are still able to maintain our entrepreneurial spirit.

In a market like the one we have today, where things change constantly, keeping that spirit alive is very important because it lets us react quickly and bring new and innovative products to market.

So we really do have a friendly, forward thinking and collaborative environment. We’re always looking at how we can improve our product, not just sell more of what we already make.

Given all the changes going on in the market, which innovations are most exciting to you?

Other than the constant innovations in picture quality, I’d say that the interface is the area I’m most excited about.

As TV keeps coming unbundled, we think it’s our job to make sure consumers don’t suffer from that, that the experience keeps getting smoother and easier for them, providing them with more value for their money.

You want to make the remote go away entirely?

That’s correct.  But in order for that to happen, the TV needs to become much better about making recommendations and knowing what you want to watch. And to do that, it needs to get much better about recognizing users and understanding their habits.

YouTube and Netflix both can recommend programs to you and then recommend what to watch next and that’s a big part of why they are so popular. We want to do that for our TVs.

So that’s what we’re working on right now–spending a lot of time and money on software innovation, so that we can give users the best possible interface, using machine learning and AI to power our recommendations so that when someone turns on their VIZIO TV, they see the right recommendations, and then they don’t need to grab their remote.

We also have a service called WatchFree that aggregates a lot of the free content from services like Pluto and Xumo. And we have that front and center on the homescreen where we can update you with the most recent and most relevant content.

Switching gears here, what is VIZIO’s relationship to Inscape?

Inscape is a wholly owned subsidiary of VIZIO. They collect ACR or automated content recognition data from over 11 million opted-in users.

We believe that the best way to create recommendations is to understand what people are watching. And in order to do that correctly, you need to respect your users’ privacy–that’s why we only collect anonymous data.

The greatest thing the internet has given us is the capability to know our customers better. The data we get from Inscape is probably the most important piece for us to understand consumer behavior, so we can help to improve their experience in the long run.

Vizio has been behind a new advertising initiative called Project OAR. What is that all about?

Project OAR is really about dynamic ad insertion, or DAI, the ability to insert ads into content based on who the viewer is, what they’re watching and where they are. That’s what built Google into the multibillion dollar company it is today. And we wanted to be able to bring that capability to linear TV.

Not everybody is watching OTT, which can handle dynamic ad insertion. Far more people are watching linear TV, which is not designed to handle DAI. So the question was how do you bring DAI to linear TV? And we think that our ad overlay system, which relies on Inscape data, is the answer.

You’ve received an extremely positive response from networks and from ad agencies, most all of whom have joined up. Why do you think that is?

The linear networks understand that they can charge higher CPMs for better targeted ads. And at the same time, it’s better for the consumer, because I assume consumers don’t want to see another irrelevant ad. I know I’m a big golfer and so I love to see golf ads–it’s interesting to me in a way that a shampoo ad is not. So a system that can allow networks to offer this sort of functionality to advertisers on linear is going to prove to be attractive to them.

Are you hoping to see other OEMs join Project OAR?

Yes. We’d encourage all of them to join us in Project OAR. We are very open to that. We think that if everyone comes together we can make this a standard for the industry, which is going to benefit everyone. 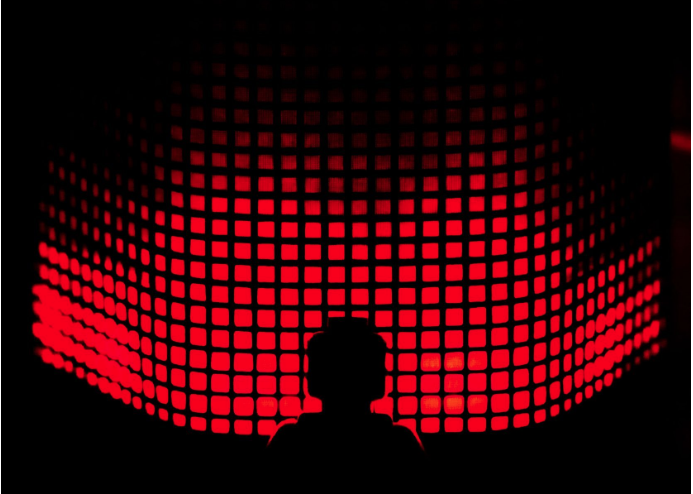